Crypto Influencer From the math behind a huge Bitcoin prediction to new support for XRP, Tron, and IOTA, here’s a look at some of the stories breaking in the world of crypto.

The CEO of crypto investment firm Morgan Creek Digital is expanding on his prediction that the price of Bitcoin will climb as high as $500,000.

In a new interview with BloxLive TV, Yusko says his assessment is based on Bitcoin’s scarcity and advantages over gold.

“Gold is an asset, a monetary asset. It’s been hard money for 5,000 years… and it’s about $7.4 trillion of value. The nice thing about Bitcoin is, it’s digital gold. It’s much easier to transport, much easier to divide. It’s really tough to break a bar of gold into its component pieces. And so it has all these essential qualities that I think are superior to gold.

Yusko says Bitcoin’s total supply of 21 million, combined with the fact that investors have lost their keys to as much as 23% of existing BTC indicates the price of each coin will rise as high as $500,000.

So if we get the amount of value in total Bitcoin market value or network value equal to gold, that’d be about $7.4 trillion divided by 21 million coins, although there aren’t really 21 million left, and you get around $400,000 a coin, maybe $500,000 a coin. Now, when does that happen? It’s probably over a decade or maybe even more.”

Today we unveiled our #DropGold TV commercial. We think it’s a #MustWatch

A new overview on the current state of the Ethereum scaling upgrade known as Ethereum 2.0 is out. The outline from ETH Gas Station highlights new progress on the proof-of-stake testnet.

Congratulations to @PryLabs on their release of their ETH2 testnet! After a few days of testing, here’s what we’ve experienced as one of the 959 validators participating in the experiment. https://ethgasstation.info/blog/eth2-proof-of-stake-testnet-what-we-learned/ …

Take the new Proof of Stake testnet for a spin today with just a little know-how and a few clicks. If you’re looking to try staking, you’re in luck!

No word yet on exactly when they will launch or which crypto assets they will be paired with.

The Litecoin Foundation has partnered with Ellipal to create a new Litecoin branded hardware wallet.

The wallet is entirely connection free and supports LTC in addition to 22 other cryptocurrencies including BTC, ETH, XRP, and XLM. 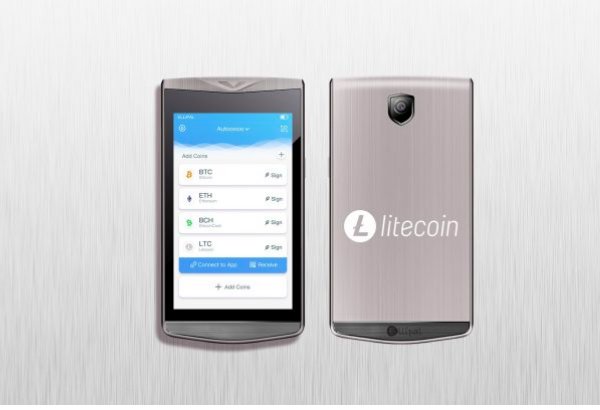 The LF shop has a new hardware wallet product for sale! Check out the Litecoin-branded @ellipalwallet — a completely connection free cold wallet isolated from any network. https://litecoin-foundation.org/product/ellipal-hardware-wallet-2-0/ …

The engineering lead at Emurgo, Sebastien Guillemot, just released his monthly update on the progress developers are making on Cardano.

Emurgo is Cardano’s commercial development branch, and is working on developing, supporting and incubating commercial ventures on the platform.

Bitcoin Margin Trading, Will It Help Binance and Coinbase Survive Big Banks Entering Crypto? · May 31, 2019 at 4:25 am

[…] industry is already showing much disappointment in Binance’s max leverage of 2x. While some top traders predict that margin trading could be the key to Binance achieving wild success, the 2x leverage falls significantly below the 100x offered by BitMEX, PrimeXBT, and Deribit. […]