Bitcoin Price Update: Bitcoin price is on track to having its second-best quarter since 2014 with a 92 percent gain within two months if it remains above $8,000 by the end of June.

At its lowest point in December 2018, the bitcoin price was down about 85 percent from its all-time high at $20,000. As of May 20, bitcoin is down less than 60 percent from its record high following a powerful recovery in the second quarter of 2019.

The price trend of bitcoin so far into 2019 closely resembles that of its movement in 2017, a year in which it demonstrated arguably its strongest bull market as it surpassed $20,000 in key markets such as South Korea.

BItcoin began 2017 with a large 40 percent quarterly gain, followed up with an explosive 80 percent gain in the second quarter, and ended the fourth with a staggering 219 percent gain.

The dominant cryptocurrency was able to sustain its momentum throughout 2017 to achieve a new all-time high due to a sudden spike in retail interest supplemented with significant mainstream media coverage.

The bitcoin price is up nearly 100 percent year-to-date against the U.S. dollar (source: coinmarketcap.com)

Industry executives suggest that the new rally of crypto assets is likely to be led by institutional investors.

Previously, investors and strategists including BlockTower co-founder Ari Paul stated that they may have been overly optimistic on the entrance of institutional investors in the past few years.

“I’ve been too optimistic about the pace of institutional adoption in the past. It’s coming, but I can’t estimate which quarter (Whether that’s this year or 2022) that we’ll see a big spike. As a humble guess, something like q3 2019,” Paul said in February.

However, in recent months, most likely due to a significant improvement in the institutional infrastructure supporting the asset class, the demand from institutions has surged.

Strictly regulated investment vehicle and exchange operators have also begun to see a clear increase in daily volume from accredited investors and institutions.

As such, Fidelity Digital Assets said in a report that it expects the inflow of capital from institutions into the crypto market to rise over the next five years.

Earlier today, on May 20, BitMEX CEO Arthur Hayes said that the bitcoin bull market is real, pointing at the rapid increase in the volume of exchanges and the momentum of major crypto assets. 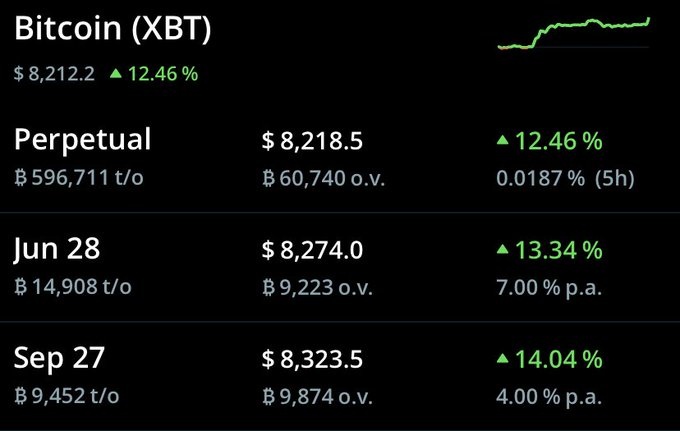 The bull market is real. A momentary dip below 7k, and a few days later we are back above 8k and the Sep and Dec contracts are in contango. Booyah!

Similarly, industry executives like Digital Currency Group CEO Barry Silbert said that the ongoing rally of bitcoin cannot be compared to the bull market in 2017, as factors driving it are clear.

Momentum would be key in maintaining the prices of crypto assets over the medium term. For the momentum to be sustained, volumes of exchanges would have to be maintained at current levels.

In the past several days, the real 10 volume of bitcoin has been relatively stable at over $1 billion, indicating that the daily volume of the asset has increased by at least three-fold since March.