Bitcoin Pizza Guy: The bitcoin price may have expanded more than 100% year-to-date, but the crypto community is bummed about today’s declines. There’s no need to fear, however. That mainstream adoption that everybody has been waiting for, it’s about to get real. Bitcoin is being featured on a CBS 60 Minutes segment this weekend, and it’s a bigger spotlight than the industry has thus far seen.

Anderson Cooper interviews Laszlo Hanyecz, who is also known as the “bitcoin pizza guy.”  When mainstream America hears about how one early BTC investor blew (depending on how you look at it) a total of 100,000 bitcoins on mostly pizza, an amount that would be worth $800 million at today’s price, they’re either going to jump in head first or run for their lives. The pizza guy is also a hero for proving that everyday transactions using bitcoin could be successful at such an early and critical stage. 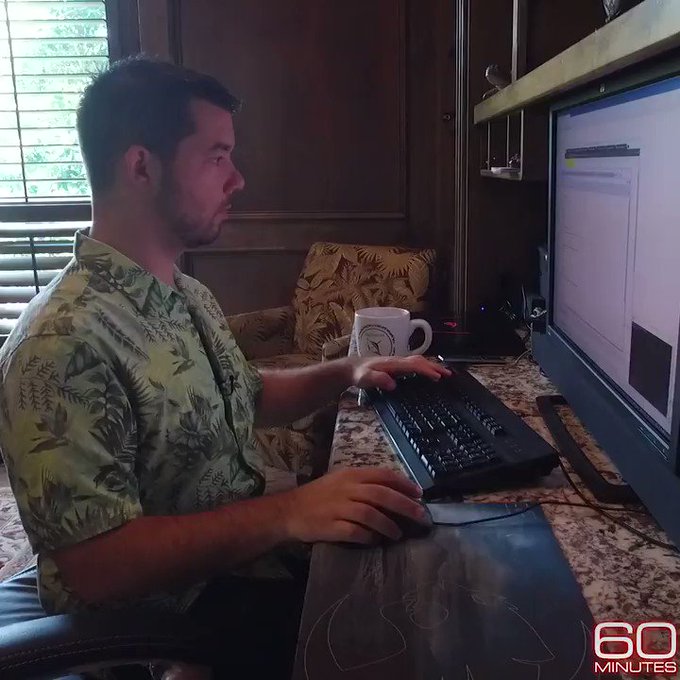 In the early days of cryptocurrency, one man decided to trade his bitcoin for pizza. It was a historic event, but not such a great investment. “60 Minutes” reports, Sunday https://cbsn.ws/2JHVgh6

You’ve probably heard the bitcoin pizza guy’s story, but it is a lot different to hear him tell it himself. Hanyecz is famous for purchasing the first pizza with BTC back in 2010, but he’s infamous for spending 10,000 bitcoins to do it. In all, he says he doled out some 100,000 bitcoins on pizza and more. At the time, the bitcoin price was trading for less than one cent. There’s even a day named after the transaction – May 22 is “Bitcoin Pizza Day” in crypto land.    Today, the bitcoin price is hovering at nearly $8,000. That will take the sting out of today’s minor 4% decline.

Here’s an excerpt from the 60 Minutes interview:

Hanyecz: ” “Well, if you look at today’s exchange rate.”

Anderson Cooper: “Are there nights you wake up “where you think, ‘I could have had $800 million… if I hadn’t bought those pizzas?’”

Hanyecz: “I think thinking like that is… not really good for me.”

While it might seem like a cringe-worthy moment, and it is one that is clearly difficult for the early bitcoin investor, it is really an important lesson for anyone in crypto – newbies or not – to learn. As trader and analyst Luke Martin tweeted:

“Whatever you do, remember to move slow and save some bitcoin for the year 2050.”

The 60 Minutes interview is a moment of truth for many in the crypto ecosystem. They know that millions of Americans will now be introduced to this peer-to-peer digital currency that has taken the economy by storm. Bitcoin will no longer be a buzz word that they overhear at Starbucks or read about on ads while riding the subway. It will be a real currency that Anderson Cooper is teaching about. And that is all it might take for the floodgates to open wide to crypto.

Cryptocurrency Investment Strategies Analysts Expect Bitcoin to Fly Past $10,000 Because of These Key Factors

Cryptocurrency Investment Strategies: Bitcoin (BTC) is currently in the process of revisiting its recently established 2020 highs of $9,550, with its ongoing upsurge coming close on the heels of yesterday evening’s selloff that led the Read more…

Bitcoin Computing: It is February 1 and bitcoin is up by a modest 0.52 percent. The benchmark cryptocurrency left an impressive month behind in January, returning 30.27 percent in profits against an otherwise gloomy global market Read more…