Market Cap of #1 Crypto Swells by Billions: Bitcoin at the Races

Overall Market Cap:  In case you haven’t been paying attention to the Bitcoin price recently, the number one crypto asset is having an epic change of fortunes this year compared with 2018. After already surging more than 100 percent since its December 2018 low point, more than 10 billion dollars have been invested into Bitcoin in the last 24 hours alone.

There appears to be something of a perfect storm occurring in the Bitcoin market, with enough time since the epic crash of 2018 passing for positive news events to finally drive prices. But, is such a parabolic move to the upside healthy and sustainable?

Market Cap Bitcoin Up Over $2,500 in Just One Month

The current Bitcoin price rally seems to lend support to those stating that the $3,200 was the ultimate low for the most popular crypto asset. Even Civic co-founder, Vinny Lingham has recently said he would become a “raging bull” if Bitcoin could hold above the $6,200 level that many felt would serve as insurmountable resistance. Previously, Lingham had stated that he felt Bitcoin price would fall once again unless it could hold above $6,200:

If Bitcoin can hold the $6200 level for the next 24-48 hours, then the bear market is officially over and I’m going to become a raging bull!

950 people are talking about this

Despite being just days ago, the $6,200 level now feels far away as Bitcoin continues to race towards $8,000. A likely cause of the continued buying is that the much-anticipated Bakkt crypto trading platform from the Intercontinental Exchange (owners of the New York Stock Exchange) now has a stated launch date.

The platform has been in the midst of legal wranglings as it seeks regulatory approval, and many in the industry see its successful launch as a green light for Bitcoin and crypto from all-important organisations such as the Commodities Futures Trading Commission. The financial institution-facing platform that many have been excited for will apparently launch this July.

Another potential underlying factor for the sensational Bitcoin price performance is the rumours from the Consensus 2019 conference that global online marketplace eBay is interested in crypto in some capacity. The company has a stand displaying the following seemingly pro-crypto banner at the event. 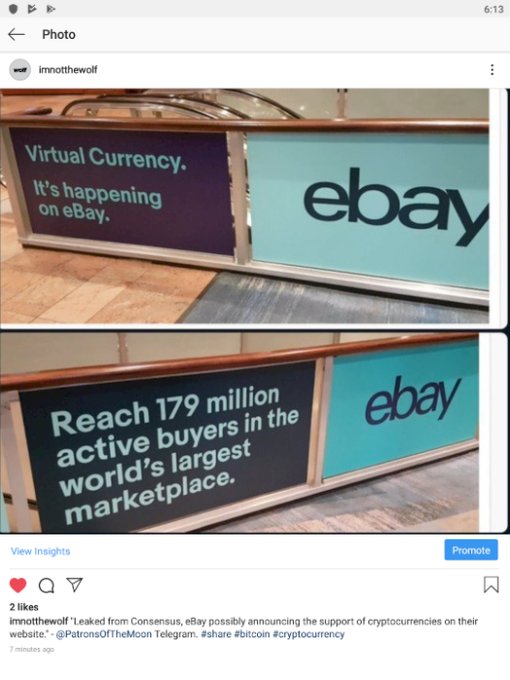 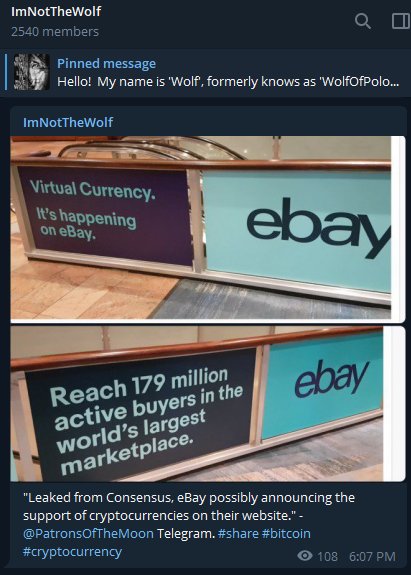 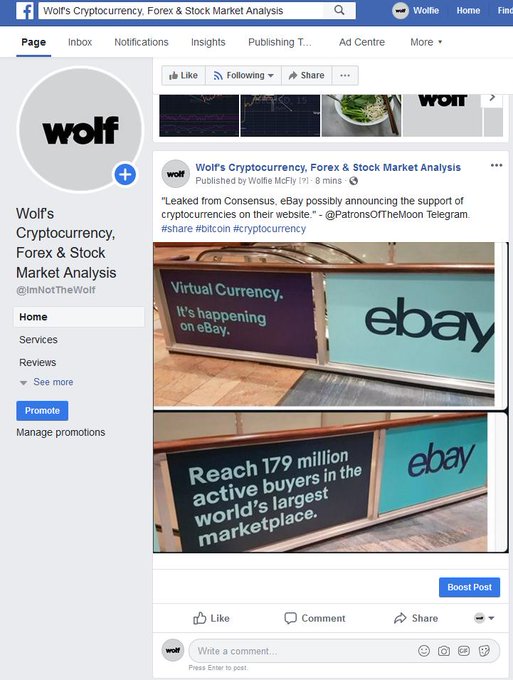 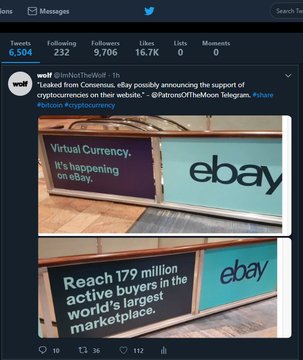 Some have speculated that the sign might be referring to forthcoming acceptance of certain digital coins from directly within eBay’s payment systems. However, others have stated that the company is most likely working with crypto payment processing company UTRUST to enable sellers to receive payments in fiat currency. Since the payments startup recently hired a former executive from both eBay and PayPal, it stands to reason that UTRUST would start out by using Sanja Kon’s business connections to its advantage.

Underlying these two news events is a market that is largely more optimistic about the future Bitcoin price performance than in previous months. More analysts seem to get on board with the idea that the ultimate price bottom is in. With the bear market increasingly a distant memory, the time might finally be right for both retail and institutional investors to take up positions in Bitcoin once again.

However, not everyone is convinced that “crypto winter” is over. Some, such as Lucid Investments’s Tyler Jenks remain convinced that $3,200 will be broken again to the downside. That said, all analysts seem to agree that the percentage chance that the bottom is in is constant increasing the higher the Bitcoin price rises.

Recent price action in Bitcoin has turned Consensio 100% Bullish. Hyperwave suggests the bottom is not in. I recommend a 20% initial position in Bitcoin. This is 20% of X, where X is the amount of liquid assets you are comfortable putting into Bitcoin. First buy in 17 months.

494 people are talking about this

Meanwhile, other price analysts and traders were calling for a smaller pullback via Twitter, before upside momentum would overwhelm bearish sentiment and prices would climb once again.

With the Bitcoin price action going as parabolic as it has done so suddenly, it’s difficult to not feel a little uneasy at these vast percentage gains day in, day out. The last time Bitcoin price moved so dramatically upwards was at the tail end of 2017, and we all know what followed that…